skip to main | skip to sidebar

I will move all my posts to my new blog "wielercafe.wordpress.com." Bear with me as I get used to the new interface.

The new blog will focus on cycling, our trips to Belgium with Junior cyclists, other things Belgian, and -late at night- philosophical musings about life in general. In short the type of stuff people discuss in a Wielercafe.
Posted by Frank Eeckman at 9:46 AM No comments:

The June AC Racing trip is underway. Jim Anderson and six riders (Alex Darville, David Goodman, Andrew Hodges,  Chandler Knop and Rhys Rathbun) left today for Belgium. They will arrive tomorrow morning and be picked up by Cyclingsupport.be. They will stay at the Chainstay in Oudenaarde. This weekend they will ride two kermesse races (most likely Otegem and Roosdaal). These will be their first races in Belgium and I am curious to see how it will go.

I will join them next Wednesday and the following weekend we will compete in the Ster der Vlaamse Ardennen.
Grabbed these from FaceBook:


Our next trip will be at the end of June-early July to compete in the Sint-Martinusprijs in Kontich. The race is a UCI 2.1 four day event. As of today I have two riders for that team and two more who are "very interested." Two open slots remain.
Posted by Frank Eeckman at 3:55 PM No comments:

There won't be any more entries for a while. As I mentioned before I need to refocus this blog as my interests have shifted and I have decided to take some time off to do this. I know I said it before and then continued anyways but now I will stop posting for real. At least for a while.

I may also move the blog to a new address to better reflect my new focus. I will keep you posted.

Thanks
Posted by Frank Eeckman at 8:17 AM No comments:

Rumor has it that big George Hincapie has joined the crowd accusing Lance of doping use. At least that is what the media are reporting. George for his part started tweeting like, well a twittering bird, to deny or at least contain these rumors.

George's first tweet, now 16 hours ago, read, "I can confirm to you I never spoke with "60 Minutes." I have no idea where they got their information." It is so nicely written with quotes and all, one might suspect that his PR guy did the tweeting.

The first tweet was soon followed by a second one, "As I've said in the past, I continue to be disappointed that people are talking about the past in cycling instead of the future."

And then, "As for the substance of anything in the "60 Minutes" story, I cannot comment on anything relating to the ongoing investigation." Now that one was written by his lawyer for sure.

Alberto Contador meanwhile continued to solidify his lead in the Giro. He was second in another mountain stage today. He rode to the top with Nibali, who is seen as his main competitor, although he dropped the Italian in the last 100 meters. Igor Anton (Euskatel) won de stage up the Zoncolan. He arrived solo at the top.
Posted by Frank Eeckman at 9:48 AM No comments:

Sporza called Chris Horner an oldster grabbing power, while Cipollini said Cavendish didn't care about the sport and was fat. The sprinters left the Giro yesterday leaving the race to climbers like Contador, who may well win only to see his victory taken away by TAS in June.

The silliness of the whole doping hoopla becomes more apparent when you hear what Ventoso had to say about Mark Cavendish. The Spaniard accused Cavendish of hanging on the team car to get over the hills, thereby beating the time-cutoff for a hilly stage so he could win the next one. If true it would be a most clear example of cheating and one that had a direct and tangible benefit. So is Cavendish going to be investigated and if found guilty suspended for two years? Don't hold your breath!

The truth is that riders hang off team cars all the time. They have all sorts of tricks up their sleeves and cheating is an integral part of the sport. I am not condoning it or saying that it is OK, but face it, the whole doping is cheating argument holds little water. If you think it is cheating then treat it like cheating.

The reality is that outright cheating is barely looked at, let alone punished so why be so punitive about doping? Clearly something else is going on here.

But the doping game is far from ending. Not only will TAS most likely clear the way for the soon-to-be-oldest winner of the Tour, but former Armstrong team-mate Tyler Hamilton is going on Sixty Minutes this weekend saying he saw Lance inject EPO.


And that brings up another point of how silly this whole matter has become.


It is now clear that every Armstrong team-mate and competitor was using what everyone considers effective doping. Entire teams were doping, including all of Lance's team. Most have admitted as much in public. Most were suspended or had their careers destroyed because of it. Yet we are to believe that Lance is somehow innocent? Statistically speaking that seems extremely unlikely. Either the stuff does not work, so why bother, or Lance is an alien and a saint too?

Now you may say that there are lies, damn lies and statistics and maybe there is some truth to that. And you could say that Lance was never found positive so you cannot accuse him. But statistics has become acceptable to prove doping. The biological passport is nothing more than statistics and it has indeed been used to suspend and punish riders. So yes, it is acceptable to use statistics, at least to WADA and UCI. We are getting awfully close to 1984 here. Maybe someone should put an end to all this?
Posted by Frank Eeckman at 7:45 AM 1 comment:

Not in our genes

If anyone ever wonders why bike racing will never get big in the US, look no further than the Amgen Tour of California. Granted we got a hill-top finish but it was a hill-top in the middle of nowhere. Not only that, I tried to get there by going up the road in the other direction (Sierra Road, Felter and Calaveras form a loop) but no cigar.  Here was a diligent highway patrol officer blocking the road 6.5 MILES from the finish! Wouldn't want to have any problems with congestion now would we? Only a handful of local residents, who couldn't care less about riding, were let through. None of them were friendly enough to give me a ride.


Sierra, Felter and Calaveras are insignificant roads. Not much traffic there, only a few locals who go in and out. But the road at the Calaveras-Felter end is wide and it would have been easy to park on the shoulder in many locations without blocking the non-existing traffic. Yet someone thought it would be better to close the entire road for several hours? This was no doubt an effort to make sure not too many spectators would show up???


When we went to see Flèche Wallonne in Huy in April, we were able to drive to within a km from the finish. And that just half an hour before the race was due to arrive in the middle of the city.

And the headlines? "An oldster of 39 grips the power in California" is what Sporza calls it. You could think it is unfair to Chris Horner, who put in a valiant effort and then boasted only Contador could beat him, but it is what it is: Geriatric cycling.

Andy Schleck, who only lamented the fact that he would have loved to win it for Wouter, said he "was surprised his form was so good already." Clearly Andy must think he was on a training ride among the geriatric public.

But that did not deter the folks from TrainingPeaks from discovering another first-in-class, superhuman performance. Here is what Hunter Allen sent the coaches group this morning: "STAGE 4  -RORY'S FILE!!!    6.3w/kg !!!!  HOLY MOLEY!!!!!!" Read it and weep people.  This is what it takes to be one of the world's best.

One of the world's best, in a performance that by the numbers at least outdid the infamous Schleck-Contador 2010 Tourmalet day (their power was rated at 5.9W/kg) is none other than Rory Sutherland. Rory, a compatriot of the soon-to-be-the oldest Tour winner, may be a great rider -I don't know him- but he has a rather modest prize list so far. He did win the Australian U23 National Road Championships and a few races stateside, but so far all the major events have eluded him. He is now however, the official king of the gadgets.
Posted by Frank Eeckman at 7:36 AM No comments:

Today Wouter Weylandt was buried in Gent. Many riders, dignitaries and fans attended the funeral. Wouter's friends Tyler Farrar and Iljo Keisse spoke at the service. In the audience we saw many Leopard Trek team mates including Fränck Schleck and Fabian Cancellara. Also present were Tom Boonen, Quickstep manager Patrick Lefevere and many others.

Here are some more shots: 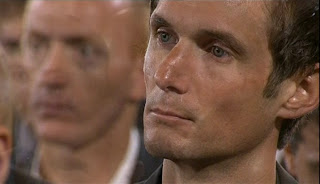 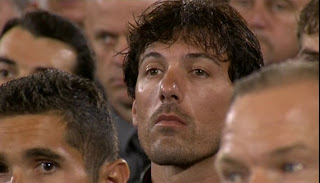 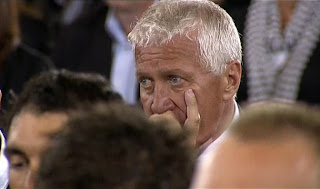 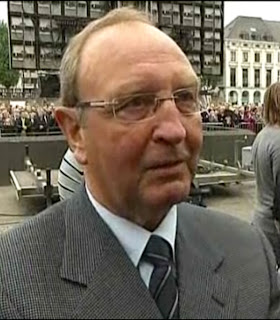 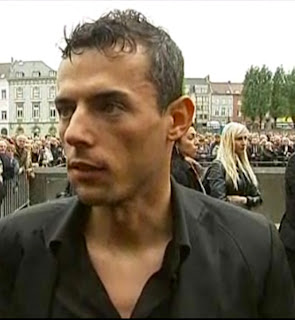 Outside on the St.Pietersplein, a 2,000 person crowd gathered watching the proceedings on a big screen TV.


Posted by Frank Eeckman at 7:18 AM No comments: 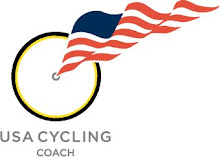 Frank Eeckman
I am in active endurance racing, both running and cycling. I am a USAC Level 2 power-certified coach. My athletic "career" started late, and first I took up cycling. Later I switched to running because of time constraints and job demands. After another break I finally got "serious" about 7 years ago. I started competing in endurance triathlons and managed to improve continuously. I finished several endurance events including 11 iron distance races. I qualified for and ran the Boston marathon three times. Three times I missed a Hawaii Ironman slot by a narrow margin.